This year, forecasters predicted an overactive season and over the past five months that’s exactly what we’ve seen. Each year Hurricane Season runs from June 1 to November 30.  There were over 21 storms during the season, but a few hurricanes wreaked havoc on coastal areas. In June, Claudette was the first deadly tropical storm of the season. July brought the first hurricane – Elsa. At the peak of the season in August, four hurricanes, Fred, Grace, Henri, and Ida were rainmakers traveling from the Florida coastline to New England. Each storm caused major flooding in communities across the country, killed over 120 people, and cost over $70billion. There are no storms in the Atlantic Ocean as the end of the 2021 Hurricane Season officially ends in four days on November 30th.

Be sure to check back next Friday for exciting news about my new book on hurricane women survivors resilience and recovery. 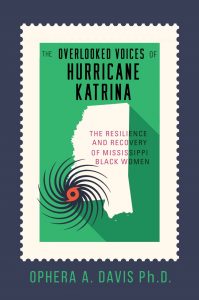